The Lost Art of Media Relations

The Lost Art of Media Relations

Forgive me, but I really can’t stand PR people.

That may seem rude, so let me explain: The vast majority of those tasked with contacting journalists about news releases and story pitches have no idea what they are doing. That’s not an uninformed opinion – I hear this virtually every day from my editorial contacts.

To illustrate the severity of the problem, one only needs to check out CNBC Senior Editor Jim Pavia’s LinkedIn page, which reads like a running commentary on poor practices by so-called public relations “professionals.”

Just last week I had lunch with one of Barron’s top editors, someone I have known since he was a cub reporter at Dow Jones Newswire in the mid-1980s. When I mentioned my plan to compose a piece about the lost art of media relations, it unleashed his pent-up frustrations with bad PR.

His lengthy litany of pet peeves with PR is both extraordinary and infuriating. Though too many to recount in full, here’s a summary of the most egregious:

Irksome, to say the least! But the problem is being repeated daily across the media landscape. Clearly, when it comes to media relations, the PR industry ­– on a large scale – is guilty of professional malpractice.

I have been practicing corporate and financial media relations for almost 40 years. Over that span of time, I have forged effective working relationships with journalists by reading their stories, understanding what they need from PR, and getting to know them as individuals.

Yes, some of my best friends are journalists.

If you work in PR, and you’re not following these basic steps I just cited, it is impossible to be successful at media relations —and you are doing your clients a great disservice.

Still, there is some good news in our industry’s collective underperformance. Media relations may be a lost art, but it’s not gone from the scene completely. The trick is to find a firm that invests in giving you the time, tools and training to do it the right way. If successful, you’ll have even more chance to shine. 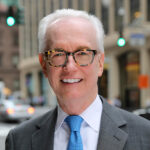 Terry Rooney is the founder and CEO of RooneyPartners, a global strategic PR and corporate communications firm based in New York. Terry has been a trusted public relations counselor and strategist to CEOs for more than 30 years.

Share
Why Skills Training Is a Top Perk for Job Seekers
RooneyPartners is honored to be named a finalist for The Holmes Report Financial PR Agency of the Year Award.